Send an email inquiry to the General Secretary to ensure the items you want are available and set aside for you.  Payments can be received via PayPal or by cash or check. To pay by PayPal, please send payment to: ephorate@yahoo.com. 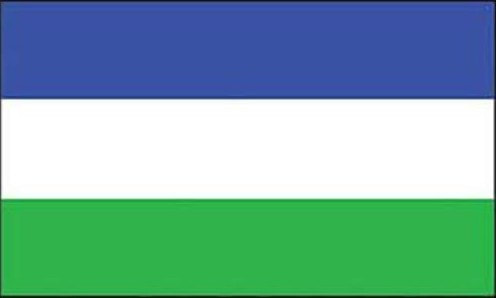 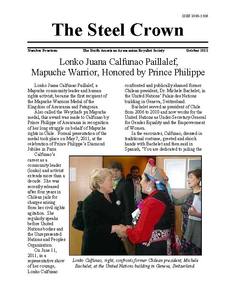 The official journal of the North American Araucanian Royalist Society.
​
$7.50 per copy in United States; $12.50 elsewhere.

Through the years, three distinct series of coins have been issued by the Royal House of Araucania.

1) In 1874, several varieties of coins were produced, bearing denominations of 1 peso and 2 centavos.  These coins do appear at auction occasionally and can fetch prices in the thousands of dollars.
​
2) From 1988 through 1997, a series of 500 peso coins in a variety of metals and finishes were issued by the Royal House.  These coins are the size of a crown and were struck by Serge Huard Monnaies of Canada

3) In the 21st century, the Royal House began to issue a new series of coins.  These coins have been produced under the direction of Vice Chancellor, Klaus-Peter Pohland, Count of Coronel.

In 2007, a coin was struck to commemorate the 450th anniversary of the death of Mapuche warrior Leftraru.  In 2010, a series of seven coins were struck bearing the images of the sovereigns of the Kingdom of Araucania and Patagonia: 1) King Orelie-Antoine I, 2) King Achille I, 3) King Antoine II, 4) Queen Laure-Therese I, 5) King Antoine III, 6) King Philippe I, and 7) a coin bearing the joint portrait of Orelie-Antoine and Philippe.  The reverses of the coins in the 2010 series are identical, bearing the words: "Reino del Mapu, 500 Pesos, 2010."  And, finally, in 2011, a coin was struck commemorating the Diamond Jubilee of Prince Philippe as head of the Royal House of Araucania and Patagonia.

The NAARS does not sell these coins, but they are available for sale through the Chancellery of the Royal House.  Payment can be made with PayPal. Send an email to to the Chancellery to inquire about available coins: kpp@araucanie.com.

Prices for the 21st century coins (not including shipping) are as follows: