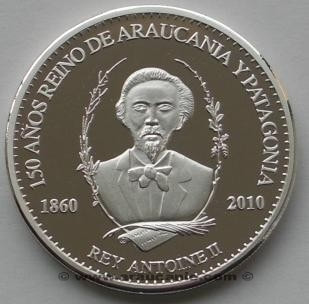 Antoine-Hippolyte Cros was born May 10, 1833.  He married Leonilla Mendes on March 5, 1856.  The couple had one child, Laure-Therese.  Upon the death of Achille I, he began to reign as Antoine II.

During the extremely brief reign of King Antoine II, the Council of the Kingdom was called the "Council of the Royal Orders."  Its President was Georges Senechal de la Grange; the Vice President was Count Gaston Dugnelle de Montnoir, and the Secretary was Baron Henri de Gaugler.  Other members of the Council included Count Alphonse O'Kelly de Galway and Baron Louis Girardot.